How Adopting a Dog Reaffirmed the Importance of Networking

How Adopting a Dog Reaffirmed the Importance of Networking This is a story about your network’s value and considering new options.

We recently spent several months looking for a new Australian shepherd (aka. Aussie) to adopt. We scoured websites, slowly got re- approved by a rescue group we had previously adopted from, went to see available puppies, and put ourselves on waiting lists. Frustrating, for a family who has owned 4 Aussies already.

We also told EVERYONE we knew that we were searching for a new Aussie. Our goal was to adopt a young adult female, any color.

One night I got an unexpected call from our daughter’s boyfriend, in grad school at U. of Kentucky. A friend of a friend was looking to “re-home” her 5 year old Aussie.   Her lifestyle had changed, and she didn’t have time to give him proper attention. (Australian shepherds are very active dogs who want to be with their people 150% of their days. “Velcro” dogs, they are called for a reason).

Hmmm…older than we wanted, a male, about 20 lb heavier than our previous dogs, but he sure looked cute in the pictures we saw…. So, we “met” Scout by Facetiming with his owner. She told us his positive attributes and warned us of his separation anxiety.

We decided to take a chance and adopt this dog we had not yet met. He made his long trek from TN to KY to IN where we picked him up to our home in IL.

What a gem! Scout seemed at home after 2 days, using his bed only when one of the kids wouldn’t 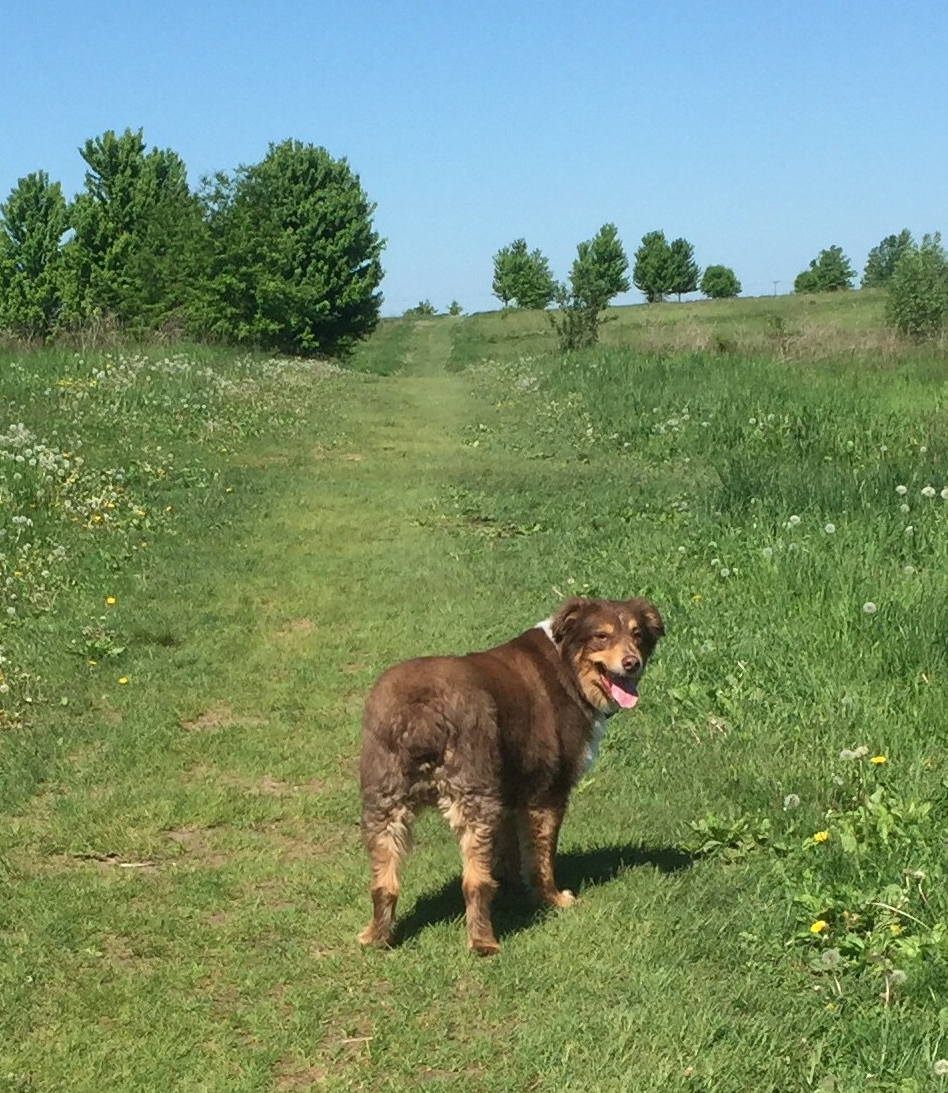 share theirs. One month later he feels as if he as always been our dog. This gentle creature is spoiled with love, walked daily, smart, affectionate, and his separation anxiety is slowly dissipating.

At first, it seems so random that we re-homed this dog that lived almost 200 miles away through a 3rd person link. But it was a lesson to me in the importance of using my network. You never know where your next connection might come from.

Scout didn’t fit the profile of the dogs we had before. But that’s the thing about expectations. Change them, and you open yourself up to opportunities you did not know existed. Do you want to receive the latest posts? Provide your email below: